Home / Blogs / 4 Tips to Get Your Oscar Predictions Right: Is Predictive Analytics the Answer?

4 Tips to Get Your Oscar Predictions Right: Is Predictive Analytics the Answer?

The Oscars, also known as the Academy Awards, is a set of 24 awards for artistic and technical brilliance in the American film industry. This year, the 90th Academy Awards broke many records – crowning the oldest Oscar winner ever and the first black screenwriter for the best original screenplay, selecting a science fiction film to win top honors, and picking a Chilean film as the best foreign-language film. But with this year’s Oscars already out of the way, most of us are already on the lookout for ways to get next year’s Oscar predictions right and profit out of the Oscar ballots that we find ourselves addicted to. A recent trend that has been picking up some traction among betting enthusiasts is that of predictive analytics. Recent evidence suggests that the day is not far where we can predict the outcomes of such award ceremonies and other events accurately. So, how exactly can you get your Oscar predictions right using predictive analytics?

Sounds complex? Fret not, here’s a simple list of factors that you have to pay attention to get your Oscar predictions right.

Speak with our analytics experts to know more about how predictive analytics can help in Oscar predictions and how you can leverage it for making predictions in your business.

To get Oscar predictions right, take a movie’s relative buzz along with its fanfare is taken into consideration. In most cases, companies analyze which movie was the most talked about in social media platforms and the film that received the best review. Prediction algorithms are built on the belief that the public’s opinion and attention influence the votes. For the calculation part, data analysts take into account Google search volume, IMDb ratings, tweets, and other similar ratings of the movie to create an aggregated score to predict the success rate.

Another way of getting accurate Oscar predictions is to analyze all the previous awards the movie has earned. For instance, numerous awards ceremonies take place before the Oscars, including Golden Globes and Screen Actors Guild Awards. Since such awards are also likely decided by people who cast votes for the Oscars, it makes sense to factor in such awards to predict movie success. The higher the number of previous awards won by a particular movie, the higher its chances of winning the Oscars.

Although many artists value the quality of their art with the number of awards won by it, studio and media houses rely more on the amount of money it brings in. Spending millions of dollars in making a movie should give them fruitful results. As a result, financial performance matters and to a certain extent influences the votes. Consequently, many prediction models take into account the box-office revenue generated by the movie in relation to its overall budget to improve the success rate of their Oscar predictions.

The closest thing to the voters of the Oscar awards is the movie critics. Even the public and fans eagerly wait for critics’ reviews before watching a movie. Although critics and publications don’t possess sole voting rights, they can certainly influence the public and industry leaders. As a result, predictive analytics models factor in critic reviews to improve their Oscar predictions.

Driven by the disruption of COVID-19 and enabled by technology, the world’s business leaders can redesign workforce management and redefine ways of working. Organizations are now rethinking workforce management, planning, performance, and experience strategies. Now,...

END_OF_DOCUMENT_TOKEN_TO_BE_REPLACED 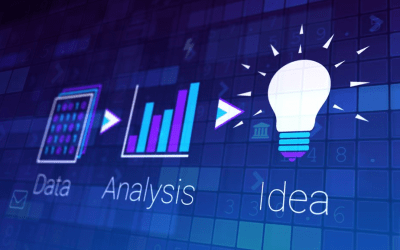 After disruptions caused by the coronavirus crisis starting in 2020, businesses are looking forward to getting back on course and becoming sustainable. 2020 has created havoc and made holes in long-standing norms about how companies operate. It has become evident that...

END_OF_DOCUMENT_TOKEN_TO_BE_REPLACED 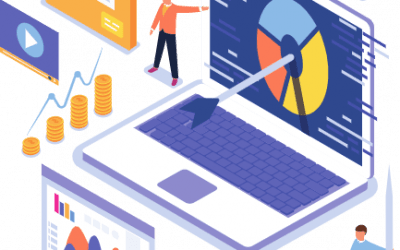 Sustainability concerns are sprouting up in every industry. A growing population of consumers now prefer eco-friendly and sustainable businesses. Organizations are striving to address this concern, while improving internal systems and processes, by developing supply...